skip to main | skip to sidebar

testing
Posted by jwesterman at 10:46 AM No comments:

Are you kidding me?

My only job for this morning was to sleep.  I set my phone to ring at 9, just in case I set a personal record, but I was up at 6 and TIRED, but can't sleep.  I finally gave up and figured I'd get some things done early and take a nap later if I could.  Check out is 11, so I've got a chance. (riiiight...)

I'm becoming more aware of how much I have no idea what I'm doing.  Or how very rudimentary the skills I do have are.  Worried?  Nah, I'm not worried...  :/

So, I check the weather, cuz my clothes still aren't dry.

When I decided that the new helmet I got didn't have enough road time for me to bring it and be sure I'd be comfortable, I grabbed my old helmet. The GoPro camera mount is there, so maybe I'll play with that this week.  I asked the folks I saw the day I left to sign it.

Getting There: The BitE Rally Hotel

Well, after realizing I had waaaay more time than I thought I did to get where I'm going, I got more relaxed about where I was stopping on the way.


After leaving the casino in Charles Town, WV, last night I aw a sign that said Front Royal and realized I might be passing a friend's house, so I called to see if we could get together. 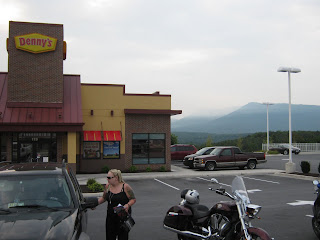 Ron and Barbara were able to meet me at Denny's for breakfast.


We spent an hour catching up and then they went off to do their thing and I looked up Cedar Creek and Belle Grove National Parks. 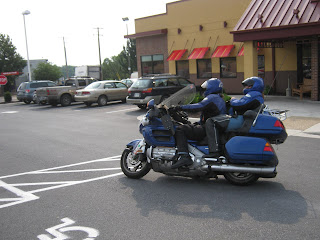 This was the first of two 'yard crawls' I got stuck in today.


I hit Ceder Creek and the woman there was great and showed me the new library and gave me some background. 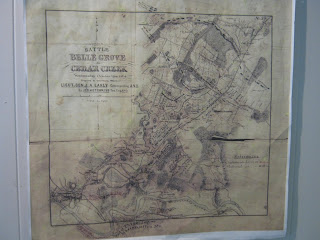 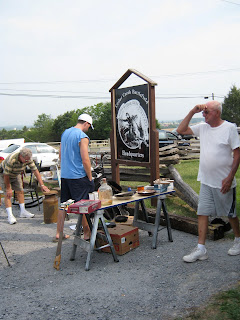 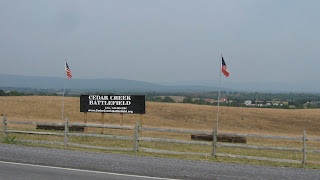 I decided to jump back on 81 and get to Skyline Drive.
I stopped at a visitor's center just before skyline drive's entrance and the guy there was tremendously sweet and helpful.  I was there for a little while while we talked and he gave me all kinds of info.  He loaded me up with state maps when I answered his question about why I was in the area. 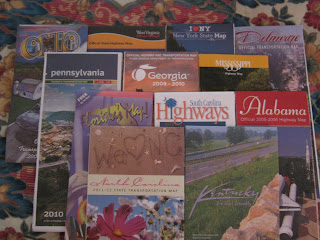 I got to use my National Parks Pass to get into the park.  I love that thing. :) 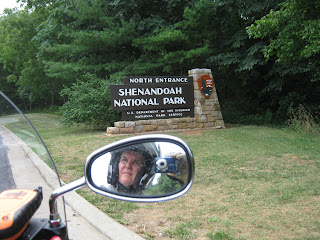 Skyline Drive was lovely.  I only did the Northern section.  I didn't have 4 hours to tool around today, but definitely enjoyed the 1 1/2 hours I was there. 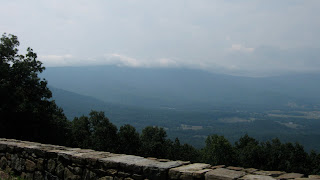 Having the gps with me was nice.  Knowing what was around the next corner and what kind of turn I was looking at was reassuring.  Not that at 35 there was much to worry about.  Fun to see the elevation change, too. 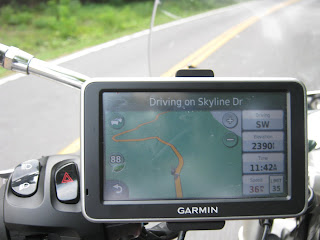 It was much less crowded today than when Charles R. and I drove it to get to Dr. Dave's Remedy Run a couple years ago.  I had the place mostly to myself. 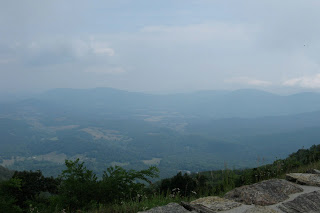 It drizzled a little here and there, but nothing serious. 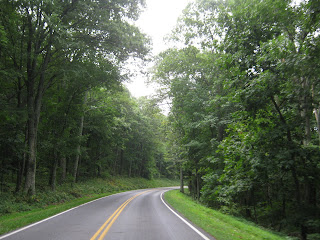 The guy at the VC had told me about the Hazzard Homecoming.  Apparently a bunch of the Dukes of Hazzard cast are in town for a festival of sorts.  There's also an Andy Griffith connection nearby.

Really, teh whole day was an uneventful ride.  Not much to say about the scenery.  Looks like home except the roadside growth was taller and more rugged looking than home.  Otherwise, not much of particular interest through VA.  Saw some kitschy stuff, of course.


I laughed at this cuz I see it at SSA all the time, but have never seen it out in the real world.

The weather report this morning in the hotel had warned me about the scattered storms today.  So far, it hasn't been too bad.

I stopped at Outlanders when I saw it, cuz there had been some billboards earlier.  It's a bike/ATV/Skate shop, apparently. 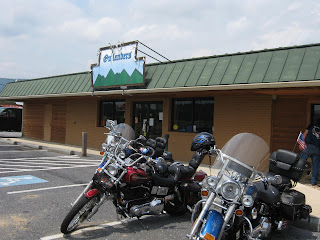 As soon as I got off the bike, Lewis was there saying 'hi' and inviting me to the fundraiser down the hill.  That explained the 12 or 15 bikes and the crowd I saw when I pulled in.  He introduced me to the Buffalo Soldiers and the gentleman they were raising money for.  All really nice and a couple of the guys and I chatted for a half hour or so before I checked out the shop. 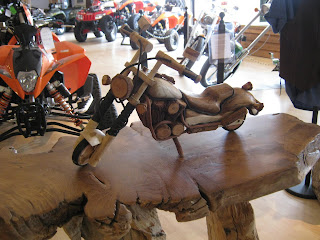 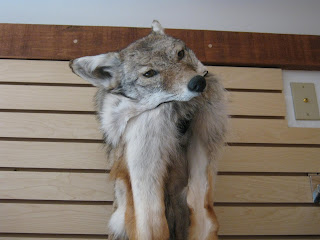 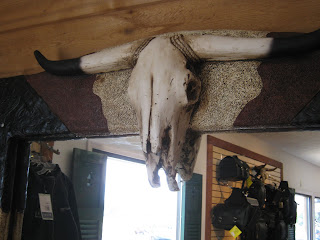 I'm working on Smoke Chasers '11, too, so I figure I might as well collect some BBQ joints in VA while I'm here.  We'll see if there are any others this week!

Both Smiley's and Three Little Pigs were listed on the exit food signs.  If they're close enough to be listed, I figure they're a pretty easy on/off to get. 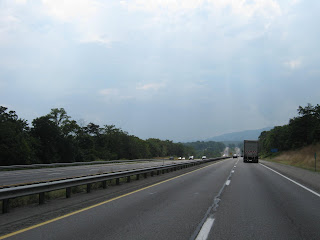 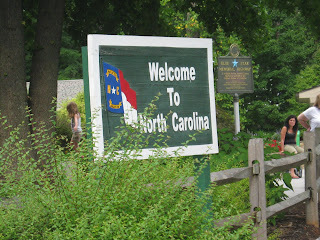 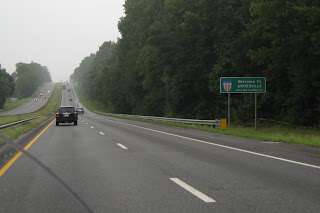 I got to the early bird dinner at 640 and had fun chatting with the riders and the Rally masters.  BBQ and fried chicken with mashed potatoes on the menu.  I was starving and glad to sit and eat in good company.  I took off at 8 to try to get my act together.

I'd seen another BBQ place listed on the same exit as the hotel when I pulled in earlier, so before I went to the hotel, I stopped for my 3rd VA BBQ place. 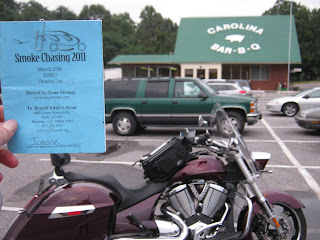 I stayed here for a minute to find a hotel.  The one I'd spotted from the highway earlier was available and turns out to share a parking lot with JR's.  I don't know if anyone else is familiar with JR's, but AM, Jon and Matt:  I'm going to JR's tomorrow!!


So, here's the bottom line:  ok, except that i didn't turn it off when i got to the hotel, so the total time and time stopped are over by a little more than 2 hours.

The hotel is ok.  David, who checked me in, was great and the room is fine.  The bathroom leaves a little to be desired.  And, on the ride today I discovered that a drink didn't like the heat, perhaps, and had leaked through it's still closed pop top...into my bag of clothes, of course.  I knew something was wrong at Smiley's when I picked it up and it was half empty.  So, I got to spend lots of time in the shower trying to rinse it out of my clothes.  Now Every light in the room is draped with something.  If I NEED a dryer tomorrow there's a laundromat across the street in the JR's strip.  Of course,

So, I've been messing with my blog instead of changing out my headlight bulbs, deleting SD cards for the rally photos, checking my camera, charging batteries...blah, blah, blah, so I have a list of things to do tomorrow before the 11 am check in and the 430 mandatory meeting and dinner.   I doubt laundromat will get checked off the list. 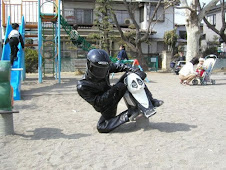 working on my turns...

jwesterman
Maryland, East Coast, United States
Everything is as it should be.